The West's Awake Embark on a journey into Ireland's wonderful West and discover its staggering cliffs and golden sandy beaches. Whether it's Clare, Donegal, Galway, Leitrim, Limerick, Mayo, Roscommon or Sligo you're travelling to, a trip of adventure, excitement and beautiful scenery awaits you. 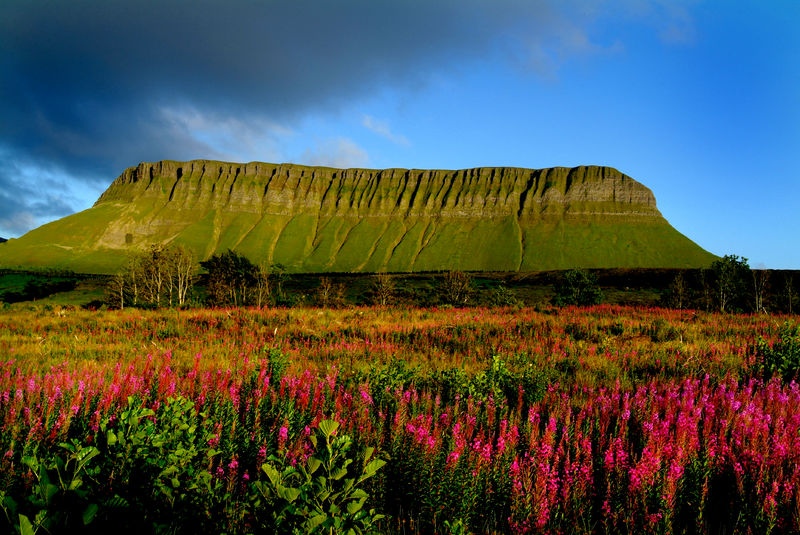 Take a captivating coastal trip along the Wild Atlantic Way, which stretches from Malin Head in Co Donegal to Kinsale in Co Cork. Stop by popular tourist attractions such as Glenveagh National Park in Donegal, the Cliffs of Moher and Burren National Park in Clare, or plan a ferry ride from Galway Bay to the remote Aran Islands.  If sea journeys aren’t for you, there’s plenty of ‘craic’ to be found on mainland in Galway.  The City of Tribes is renowned for its live music scene, with traditional music being an integral part of many of its pubs. For the ultimate family holiday visit Salthill, where you’ll find an amusement park, casinos, a beautiful beach and plenty of ice-cream!

Roscommon and Leitrim are truly undiscovered. Peat bogs, lakes, woodlands and wildflower meadows make Roscommon the perfect place to escape into the wild. Walk through the Lough Key Forest Park in Boyle and explore its unique, nineteenth-century historical features. Home to many species of wildlife, including the fallow deer and red squirrel, the park’s Fishing Pavilion makes it an ideal family-fishing trip while children can walk the Fairy Bridge and make a wish on the special Wishing Chair!

Did you know that some well-known faces were born and raised in the West of Ireland? Actor Chris O’ Dowd, was born in Roscommon. Michael Cusack, the inspirer and co-founder of the GAA (Gaelic Athletic Association), was born in Corofin, Co Clare. Glencar Waterfall in Leitrim served as inspiration to WB Yeats. The allure of Ireland’s West has long been made famous in poetry, film and song.

Combine sporting with a day out and get your best dress ready for the highly anticipated Galway Races, beginning in July. The famous seven-day event includes top racing, delectable foods and fabulous fashion, with one of the many highlights being Ladies Day on the Thursday – could you or a loved one win the title of this year’s Best Dressed Lady?

Limerick is a city that is nationally acknowledged for having excellent sporting infrastructure – giddy up for a family fun day at the Limerick Racecourse in July or rugby fans can book a tour through Thomond Park Stadium. Test your fitness levels and climb Croagh Patrick in Co Mayo. Croagh Patrick is considered the holiest mountain in Ireland and is home to St Patrick’s oratory and chapel on the summit.

Meanwhile, Drumcliffe in Co Sligo is set against a striking backdrop of the Benbulben Mountains and is best known as the final resting place of Yeats. It is also worthwhile to pay a visit to Ireland’s largest cemetery of megalithic tombs, Carrowmore Megalithic Cemetery, which is also based in Sligo.

The West is a treasure trove of beautiful beaches, cliffs, ancient forts and historical sites. Whether you choose to surf some waves, climb a mountain or join some traditional musicians, a visit to the West coast will not be forgotten.

BACK LIST NEXT
See All Counties
All Counties
Book Your Stay
Check in
26
02
2021
Why Book With Us?

Why Book With Us?

Book Your Stay
Why Book With Us?