Inspirational locations, stunning landscapes and the friendliest of welcomes. Northern Ireland has something for everyone, from Titanic Belfast, to the Giant's Causeway, the Mountains of Mourne to the Walled City of Derry. 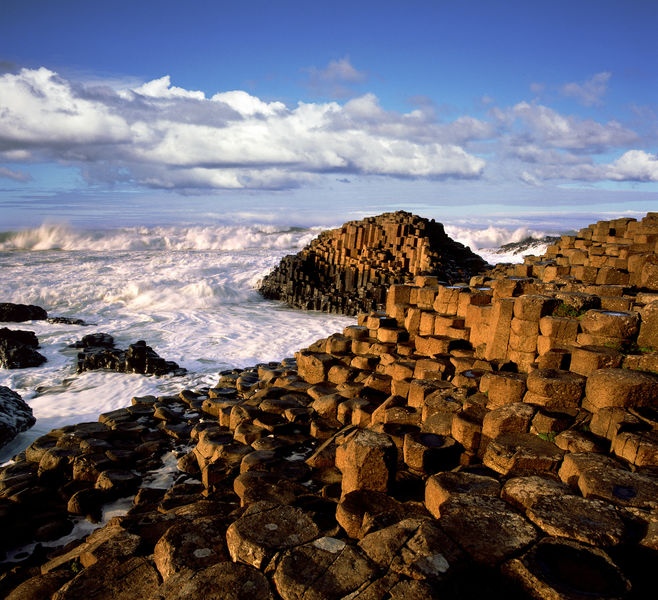 Inspirational locations, stunning landscapes and the friendliest of welcomes. Northern Ireland has something for everyone, from Titanic Belfast, to the Giant's Causeway, the Mountains of Mourne to the Walled City of Derry.

Belfast, Northern Ireland's Capital city, is fast becoming one of Ireland’s trendiest cities. The city has transformed in recent years and is packed with trendy bars, award winning restaurants, awesome attractions and cultural hotspots. The restaurant scene in Belfast is buzzing!  Restaurants like OX, a minimalist restaurant set in a former tile shop on Oxford Street, serves exquisite food in a wonderful ambiance. The Saint Anne’s Corner of Belfast city is full of amazing restaurants such as Coppi, Salt, and The Potted Hen. Bars are plentiful in Belfast with places like The Liquor Saloon and The Spaniard - popular choices for a guaranteed great night out. When it comes to shopping, Belfast is second to none. Victoria Square is the place to be as it has everything you could need from high street stores including H&M, MANGO and Pull & Bear and trendy boutiques such as Boutique Goldsmiths and designer stores such as Guess and Calvin Klein with lots of nice places to stop off for a bite to eat.

Derry is another haven of activity and is full of vibrant bars and restaurants, shops and culture. The city has been given a wonderful makeover in recent years and in 2013 was awarded the UK City of Culture, a huge achievement for any city as the award is given every four years to a city that demonstrates the belief in the transformational power of culture. According to Lonely Planet, Pyke ‘n’ Pommes serves one of the best burgers in Derry and Brown’s Restaurant is a wonderful choice for an elegant meal out as the food is amazing and the atmosphere is wonderful. Derry is also a great destination for a shopping spree. The Foyleside shopping centre is located right in the heart of the city and has all of the very best high-street stores from River Island to Pandora to Marks & Spencer.

You will find some of the most stunning beaches Europe has to offer in Northern Ireland. The 6 counties of Northern Ireland have 10 blue flag beaches with the famous Portstewart Strand named as Best Blue Flag Beach in the UK in 2016.

The Mourne Mountains in County Down are simply stunning and consist of 12 different peaks with Slieve Donard standing at an impressive 850 metres high and claims the title of Northern Ireland’s highest mountain. The mountain range is also an adventure seekers paradise with fantastic walking and cycle tracks throughout.

The Giants Causeway and the whole Causeway Coast is an area of outstanding natural beauty. Thousands of visitors visit the area every year. The coast stretches for 18 miles and the dramatic cliffs and spectacular beaches make the area a must see.

Garden Lovers will be in their element as Northern Ireland is awash with fabulous gardens just waiting to be explored. You’ll find everything from Walled Gardens to Woodland Gardens to Japanese Gardens in every county.

Northern Ireland is full of amazing attractions that are a must see on your next trip. Belfast is known worldwide for being the home of the Titanic as the famous ship was built there over 100 years ago. Titanic Belfast is the world’s largest Titanic Exhibition and has been named Europe’s leading visitor attraction for 2016 at the World Travel Awards. A trip to Titanic Belfast is a truly wonderful experience as you will walk the decks, explore the shipyard and travel to the depth of the ocean to uncover the legend of the ship on the spectacular screens.

It’s well-known that many of Game of Thrones scenes are filmed in Northern Ireland. The beautiful forests, woods and coast line are perfect for filming the scenes. Scenes of ‘The Haunted Forrest’ are filmed at Tollymore Forrest Park in Co. Down, the dark hedges in Co. Antrim are used as ‘The Kingsroad’ and Binveagh on the County Antrim/Derry boarder is used for scenes featuring the ‘Dothraki Sea’.   These locations are a hugely popular visitor attraction in Northern Ireland with ‘Game of Thrones’ tours available which will guide you through all of these spectacular filming locations.

Belfast City Hall is an iconic building in Northern Ireland and is located right in the heart of Belfast city. On the grounds of the city hall lie the Titanic Memorial Gardens. Tours are available daily.

The Ulster American Folk Park is a must when visiting Northern Ireland. The museum tells the story of centuries of Irish emigration and is located just outside Omagh in County Tyrone. There are 30 exhibits to explore, taking you through the thatched cottages to a full scale emigration ship and then on to America.

Finally, a trip to Northern Ireland wouldn’t be complete without learning about ‘the Troubles’. Speciality tours are available to explain the history of the troubles and guide you through some key locations and showcase the political wall art, the Belfast peace wall, the Falls Road and the Shankill Road. Definitely a worthwhile experience.

BACK LIST NEXT
See All Counties
All Counties
Book Your Stay
Check in
24
09
2021
Why Book With Us?

Why Book With Us?

Book Your Stay
Why Book With Us?